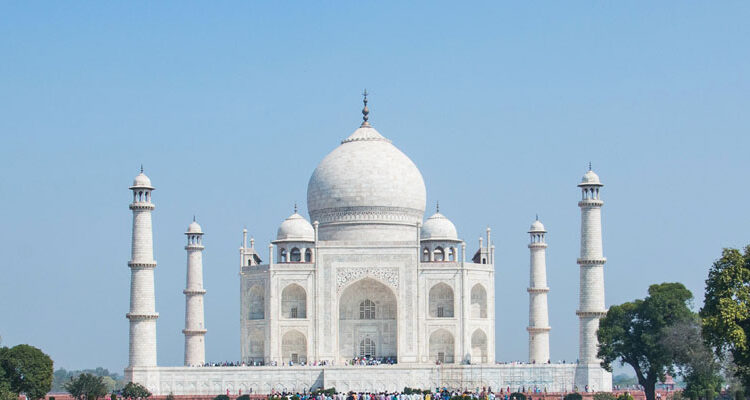 (By Prof. Sandeep Kulshrestha, Director, Indian Institute of Tourism and Travel Management)
Every industry works on a set of laws and regulations which helps in defining its boundaries and so does the tourism industry. An industry, which is made by the people and for the people, needs a well defined structure to stand on and keep building worth memorable experiences for the people.

According to the United Nations World Tourism Organization (UNWTO), the purpose of travel legislation is to provide a regulatory framework for the proper development and management of tourism activities. Ideally the complexity of the industry requires well formulated regulations catering to every aspect of the tourism activities. Therefore, it is not only about creating the laws but enforcing the tourism laws around the world which also plays an important part.

The tourism industry with its grandeur has the ability to make the difference on various aspects, as it itself involves consumption of various natural and cultural resources. Hence, it has the power to provide aid for the conservation and sustainable development of various resources of the world through its strong regulating policy. In addition, it can make a difference and generate awareness regarding the same.
Tourism laws are a combination of state and international laws. It involves regulations on different functions of the travel & hospitality industry as well as laws that caters to a single aspect only. Therefore, travel law can involve anything from hospitality and accommodation laws to laws serving the consumers and even laws pertaining to functioning of the service providers, be it public or private bodies.

Travel laws of different kinds focusing on multiple aspects at diverse levels can be found all over the world.
One of the latest tourism laws implemented by Thailand Tourism has is a step towards combating pollution and conserving its natural resources. The laws imposes ban on fishing, fish feeding, anchoring on reefs, construction and walking on sea beds on many of its hotspots islands like Koh Samui, Koh Tao and Koh Pha-ngan. Towards the end of 2017, Thailand began banning smoking on more than 20 tourist beaches.
In China, there are a few prominent tourism laws which aims at promoting sustainable tourism development by implementing service provider duties and obligations, as well as focusing on the tourists and their security. It is divided into 10 chapters describing the various laws focusing on tourists, tourist security, tourism planning and promotion, tourism operation, tourism service contract and many such areas.

The supreme power for all the tourism laws in England and Wales is held by the UK government, whereas for Scotland it is held by Scotland government. The tourism laws have been defined under the Tourism Act of 1969 where separate boards have been created for all the regions known as Visit Britain, Visit Scotland and Visit Wales. The service providers in Northern Ireland needs to adhere to laws formed by Tourism Northern Ireland. It involves laws in regard to the accommodation providers, liquor and entertainment licensing, public liability insurance and even rules regarding food waste regulations. All accommodation providers must comply with the Tourism Northern Ireland Order 1992.

The laws and regulations in France have been explained in the “Code du Tourisme”. French law also takes into account the directives of the European Community, including the Directive of 13/6/1990 on package travel, package holidays and package tours, intended to eliminate certain distortions in competition and standardizing the rules governing consumer protection.

Spain through its new tourism law, is focusing on various shortcomings which it has been facing for some time now. The new law focuses on curbing the number of tourists by putting a cap on the upcoming accommodations. Also, the Balearic Parliament passed the reform of the Tourism Law from 2012 aiming at limiting the role of holiday rentals in the Balearic Islands. The new law now states the rental period limit to 60 days a year. The license applications of the rentals were frozen for sometime until the decision regarding areas were made.

The most complex set of tourism laws can be found in Italy, where the regions have legislative power to formulate the tourism policies. All the 20 regions decide their own tourism policies except a few. The regions have full liberty on deciding the rules and regulation in regard with the service operators, the tour packages and their promotion and marketing. But, when it comes to the regulations regarding the tourist guides, these are regulated at National Level and EU Level.

Destinations like Bhutan have been working on tourism policies for quite some time as well. Its laws and regulations majorly focus on curbing Mass Tourism. The Tourism Council of Bhutan has set strict rules and regulations in limiting tourism in numbers but at the same time focusing on providing quality tourism. It focuses on providing its tourist a unique insight of the destination.

In recent time, India too for its major tourist destinations is working on its laws. For instance, the regulations for Taj Mahal have been changed which includes a change in the fee structure of the visit and duration along with validity of the ticket. The steps have been taken considering the issues in regard with mass tourism as well as the interests of its tourists.

Therefore, the nature and scope of tourism laws is way too wide and ranges from accommodation laws to conservation laws of the cultural sites to laws regulating service providers as well as protection of its consumers. Tourism laws regulates at different levels be it regional level for some countries and national levels for the others. India too needs to talk, discuss and start thinking on refining its laws related to tourism which shall go a long way in ensuring a healthy environment to tourists in India.

Can We Travel Again?