A glimpse into history 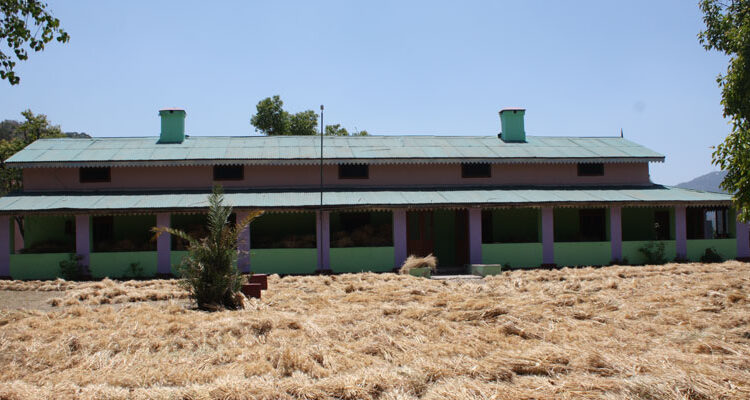 (By Sumit Raj Vashisht)  Before the toy-train appeared on the scene, the journey from Kalka to Shimla was always a challenge for the British. Although the road to Shimla had been built in 1856 that immediately earned popularity among the travellers, but the old road still remained in use till the early decades of the twentieth century. Gradually the walking trail had begun to disappear and took the shape of a dirt road. The horse drawn carriages and the bullock carts were the main mode of transport for everyone. The dawk garuee or “Dak Gari” – The Mail Wagon moved on it too.
The old trail began from Kalka (684 m) and the steep climb pushed one up to Kasauli (1700 m). From here it turned to Dharampur and carried on to Subathu – the cantonment and then via Kakarhatti, Haripore, Sayri, Jubbarhatti and Tutu, it turned towards Shimla. Finding a suitable shelter was always a challenge for the travellers. So in case of vehicle broke down or there was a blockage of the road due to bad weather, they had to spend a night on the roadside or in the mail wagon.
Henry William Gilbert, born in 1842 in Shimla and lived in Eden Cottage just below Fingask Estate, decided to build a hotel on old Kalka Shimla cart road. He purchased a suitable piece of land at Kakarhatti and erected a ten-roomed structure as a commercial unit. That became the first hotel on the Kalka Shimla road and remained so till the end of First World War. The hotel provided accommodation and food to the travellers.
A large piece of land around the hotel was marked as a common area. A well was dug to obtain water, a stable was built for the horses, a garden was prepared to grow vegetable and an orchard was developed to obtain fruits. That brought a big relief to the travellers.

Henry lived in Eden Cottage in Shimla, just below Fingask Estate. In 1885, when Rudyard Kipling came to Shimla and occupied a house called North Bank, just next to Eden Cottage, both Henry and Rudyard became good friends. Many times while travelling from Shimla to Kalka, Rudyard stayed with Henry at Kakarhatti. Once when he took the new road on missing the old road, he had penned his famous poem “As the Bell Clinks” on his next visit to the hotel. The rhythm of the poem goes with the clip-clop sounds of tonga.

Heart of man — O heart of putty! Had I gone by Kakahutti,
On the old Hill-road and rutty, I had ‘scaped that fatal car.
An excerpt from the poem “As the Bell Clinks.”

There are no records of what the name of the hotel was. But when Henry retired, the hotel was inherited by his son George Gilbert, an engineer with PWD. George named it “Cloverly”, after his daughter’s name. After the construction of Kalka Shimla Railway, this route suffered a complete ignorance and George had to close down the hotel. The property was purchased by one Ms. Foyer who lived here till independence. After that it was sold to some local family who resold it to Kirpa Ram Chauhan, a local civil contractor. Presently the building and the land are owned and shared by his three sons and their families.
George’s granddaughter Ms. Sandra Cameron recently paid a visit to Kakarhatti with me and was surprised while looking at the building that was once built and owned by her ancestors.
‘We are blessed and very lucky to have this lovely house with a great history attached to it’ , exclaimed one of the family lady.
The present owner’s family was both surprised and glad to see us. The family welcomed us warmly and offered us a glass of soft drink and snacks. Dikshant, a young boy from the family took us around and narrated the whole history of the place. The well dug by Sandra’s great grandfather, still provides water to the occupants. A few Jamun trees originally planted by Sandra’s ancestor still bear fruit and an old handcart that was used to carry luggage lies unattended near a tree. “I have been seeing it since I was born. We never used it as one of its wheels is missing”. Dikshant told us. The room once a stable is now used as a store. The structure is in well maintained condition. They had to demolish one small room, outside the house that was originally used by the Mail Wagons, as it had become unsafe.