Much anticipated Toyota Innova Hycross is expected to make its global debut in November 2022. It will be followed by a launch in India in the first quarter of 2023.

by The Traveller Trails
in Business
Reading Time: 4 mins read
0

Much anticipated Toyota Innova Hycross is expected to make its global debut in November 2022. It will be followed by a launch in India in the first quarter of 2023.

A more extensive list of equipment is expected to be offered with the new Innova Hycross, which is expected to include features such as a 360-degree camera, sunroof, wireless charging, as well as an ottoman function for the captain’s chairs in the second row.

Toyota Indonesia has released a teaser image of the upcoming Innova Hycross ahead of its international debut next month. There are evident styling cues from Toyota’s global models, including the Corolla Cross grille, on the front end of this new three-row MPV.

The Hycross was spotted testing recently, and spy photos provided a glimpse of what the vehicle would look like from other perspectives. It is revealed that the Innova Hycross hybrid has received some styling updates.

The spy photos show that the MPV is equipped with horizontally oriented taillights with LED brake lights, and on the side, it has alloy wheels with ten spokes on them. An extensive touchscreen infotainment system is also visible in the recent spy pictures. Hybrid models may also receive other changes to create a distinctive profile.

The teaser image only shows the front, where the hexagonal grille looks similar to the Toyota Corolla Cross. A wide headlamp can also be seen on the vehicle, along with two L-shaped inserts that house the main light units. A strong crease runs through the bonnet, while the bumper adds triangular housings for the foglamps, giving it a bold appearance.

It is clear from the design of the front of this car that the new MPV is intended to look more like a crossover than a traditional MPV. 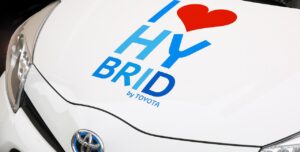 In terms of size, the Innova Hycroos is a bit larger than the Innova Crysta. With a wheelbase of 2,850 mm, the Hycross is expected to measure around 4.7 meters long.

The interior is expected to feature an 8-inch touchscreen infotainment system, a sunroof, wireless charging, Apple CarPlay, and Android Auto. Like the existing model, Toyota will continue to offer multiple seating options and space as its USP.

The seating arrangement will be available in a 7-seat and an 8-seat configuration.

There won’t be a diesel version

As a cost-saving measure, the hybrid system will be heavily localized. You can choose from a five-speed manual transmission or a six-speed automatic transmission with sequential shifting. The vehicle may have a different 1.8-liter petrol engine for international markets.

The new hybrid Innova will come with many ADAS features along with the Toyota Sense Platform. It could include lane departure alerts with steering assistance, dynamic radar cruise control, road sign assistance, blind spot monitoring, and rear cross-traffic alerts.

The Innova Hycross hybrid could be equipped with six airbags as standard across all variants at its launch, considering the recent decision to make six airbags mandatory from October next year. 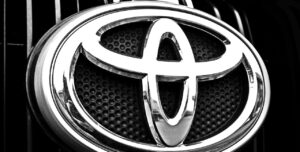 As a global model, the new Toyota Hycross will be sold overseas. It will most likely be marketed under the name ‘Innova Zenix’ in Indonesia. The model will make its Indian debut following its global unveiling, which is expected to take place in Indonesia.

Innova Hycross will have a Maruti variant

Maruti Suzuki will rebadge the Innova Hycross, which will be sold through Nexa dealerships. The Maruti Hycross will also have a distinctive grille, different headlamps and taillamps, and a few subtle changes inside, just like the other cross-badged products from the alliance. It will be based on Toyota’s TNGA-C platform and have the same powertrain as the Innova.

Hycross will be launched sometime in November, with a price announcement scheduled for early next year. This vehicle will be sold alongside the Innova Crysta, which is currently only available with a petrol engine.