Apple is reportedly planning to unveil two new iPad Pro tablets. The tablets will be powered by its latest M2 chip and come in 11 and 12.9 inches. A new iPadOS 16 is expected to be launched by Apple soon.

by The Traveller Trails
in Technology
Reading Time: 2 mins read
0

Mark Gurman of Bloomberg broke the news of the new iPad Pro variants. Gurman shared this news in his latest newsletter, telling subscribers that the new iPad Pro models will come in two sizes- 11 inches and 12.9 inches, and the devices will feature mild upgrades and could feature new charging capabilities.

The upcoming iPad Pro variants are expected to hit the market before October 27, which is the date when Apple announces its quarterly and annual earnings.

Also read: WhatsApp To Double The Limit Of Participants In Group Chats

The company is yet to announce the launch date for its upcoming tablets. GSM Arena reports that the tablets will be announced via a press release on the company’s website, and no event will occur to mark the launch. 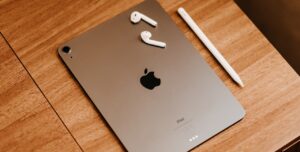 There has also been speculation that the iPad Pro could support MagSafe charging. Gurman has also suggested that reverse wireless charging might be available for the new iPad Pro tablets, allowing them to share the battery with existing iPhones or AirPod cases.

A new iPadOS 16 is expected to be launched by Apple soon – an update to the company’s iOS that usually arrives with the latest iOS but was pushed back this year.

Gurman believes the band, not the device, is to blame for Apple Watch Ultra stock shortages. The yellow and blue Trail loops, as well as the orange Alpine loop, are extremely challenging to find. This has pushed Watch Ultra shipments into the first week of November, with some models arriving even later.