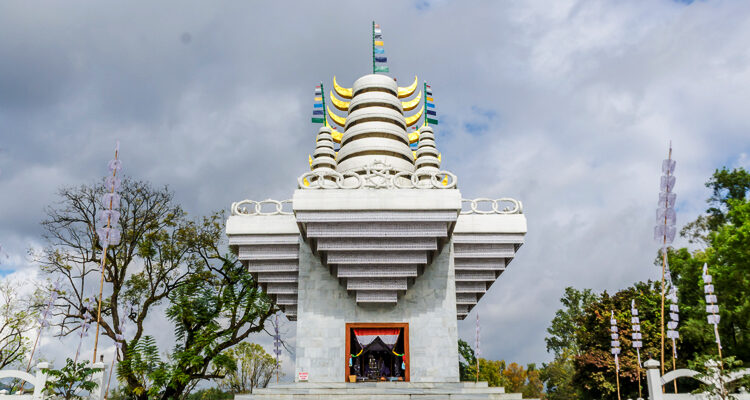 Manipur’s history dates back to 1500 BC and the capital of Manipur, Imphal was founded in the first century AD. Among other things, Manipur is the birthplace of polo (Sagol Kangjei in Meitei), and Mapal Kangjeibung (in Imphal) is arguably the world’s oldest polo ground where the game is still played. Meitei is the local language of Manipur.
Manipur literally translates to “jewelled land”. The entire state is surrounded by hilly terrains and connects Southeast Asia with the Indian Subcontinent. The varied history of Manipur means that it must have been an important halt on the ancient trade route which resulted in a rich culture with outside influences.

Imphal lies on a plain at an altitude of 785m. The first thing I noticed about Imphal was that its broad avenues give this ancient city a modern and open feel. The drive along the green valleys to reach Imphal is breathtaking. Terraced fields of rice cultivation surrounded by the mountains welcomed me to Imphal.

Kangla Fort – Two Hours
The heart of Imphal is the Kangla Fort, which was the ancient seat of power of the Kangleipak (Manipuri) Kingdom for an estimated two thousand years. It is a huge complex that has been beautifully restored to its former glory.
Kangla Fort complex is surrounded by a canal filled with water. Inside the Kangla Fort Complex compound, one can find several old temples, colonial era cottages, and a few restored structures. 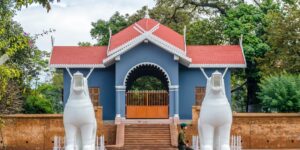 The most prominent attraction inside Kangla Fort Complex are the two large ‘Kangla Sha’, the mythical dragons guarding the land. Among other fascinating sights is the newly built “Hijagang”(Boat Yard), showcasing ancient Manipuri longboats decorated with dragon faces. There’s an interesting museum on the far right side of Kangla Fort Complex Compound.

Ima Keithel Market – One Hour
Ima is mother in Meitei language and Ima Keithel is the mother’s market. More than four thousand women have set up shops making it the largest market of its kind in Asia, and possibly the entire world! I was almost lost in the sea of this never ending market – products on sale ranged from handicrafts to fish, from exotic fruits to lotus flowers, from the elegant dresses worn by Manipuri women to the religious offerings for the temple and the famous morok chilli.
Ima Keithel was a riot of colours, and understandably so. The all women’s market is said to have been there for over four hundred years, battling against all odds; the British and negotiating with the government.

The Ima are dressed in the traditional dress of phaneks – sarong and innaphis – shawls with sandalwood marks on their forehead. The Ima Keithel is also called the Khwairamband Bazar or the Nupi Keithel (women’s market). It is fun to experience the all women’s market over the noise of haggling shoppers and traffic; and watching the Ima laugh with their stained teeth while chewing kwai (betelnut) is an ice-breaker! 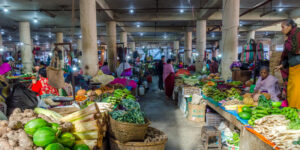 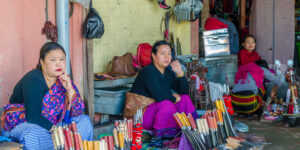 One section inside the Ima Keithel is devoted to textiles – shawls and colourful fabrics including the traditional Meitei dress. Across the road, the other section of the market is located where local fish, vegetables, fruits, other perishables and provisions are sold. There are also a variety of handicrafts, including cane and bamboo products on display and sale. Prepare to haggle to crack a good deal.
The Ima Keithel Market was badly damaged in the 2016 earthquake but is being repaired and will shift to its original building soon.

Nupi Lal Memorial – Fifteen Minutes
Nupi Lal is an unforgettable and important movement led by the women of Manipur (against the British Rule) which has carved out a niche in the history of the state. The memorial is located opposite to the alternate gate of Kangla Fort.

Shaheed Minar – Fifteen Minutes
Shaheed Minar is a monument dedicated to the martyrs of Manipur who fought against the British in the Anglo – Manipur war in 1891. It is located in Bir Tikendrajit Park which is adjacent to Ima Keithel. 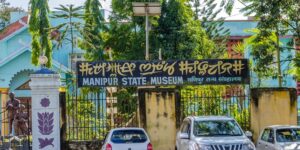 A must visit to get acquainted with the rich culture and varied past of Manipur. The Manipur State Museum is located on a parallel lane just behind Ima Keithel textile market and showcases tribal costumes, jewellery and weapons along-with displays of relics and historical documents. The museum also has a fabulous collection of portraits of Manipur’s former rulers.

Shri Govindji Temple – Thirty Minutes
Shri Govindji Temple is an abode of calm and is associated with Lord Krishna. It is Imphal’s eminent Vaishnavite temple and is located close to the bazaar and has a golden dome. It was a cloudy day when I reached there and the entirely white structure presented a stunning effect. Shri Govindji temple has a large prayer hall with a calming ambience; and is highly revered by all Manipuris. 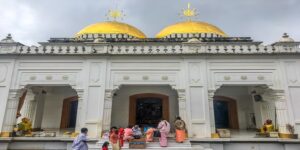 The early morning puja is a must visit ceremony with conches blowing, drumming and procession, to get a grand taste of Manipuri culture.

Manipuri Food – Forty-Five Minutes
A big part of local explorations is eating traditional food of the region; and the Meitei Thali at Luxmi Kitchen does just that. The Meitei Thali presented here has a minimum of ten to twelve dishes with different varieties of rice. The thali comprises of a variety of fish; but the vegetarians need not despair. 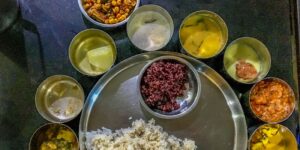 There are bowls of different types of lentils, kangsoi (veg stew), green peas, maroi (green leafy veggies). The taste is deliriously good. My favourite memories from the lunch were – gooseberry juice in a bowl, and the unbelievable purple black rice with a sweet aftertaste. And the best news is that all this comes with refills for only rupees one hundred fifty per person!

Imphal War Cemetery – Thirty Minutes
Imphal was immortalised in World War History because of The Battle of Imphal between the British and the Japanese that was a turning point in World War II. 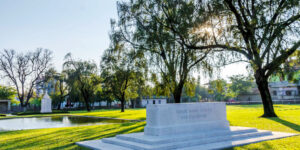 The Imphal War Cemetery contains the graves of soldiers from many countries who fought and died for the British during World War II. It is beautifully maintained by the Commonwealth War Graves Commission and is housed in a tranquil garden. According to CWGC, there are one thousand four hundred sixty-two graves in total in Imphal War Cemetery. There’s a separate Indian Army War Cemetery located in a different area in Imphal which contains the graves of Indian soldiers who died in World War II. 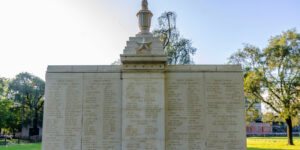 Imphal’s streets are easy to navigate and all the above attractions lie not more than 5 kilometres away from each other. Autorickshaws are easily accessible and a private tour in a taxi for the entire day in Imphal would cost around one thousand rupees only. It is recommended to start the day early as sunset in the northeast happens earlier than other parts of India.

Shubham Mansingka is a full time traveller and works professionally as a travel writer and consultant. His offbeat stories from lesser known places excites you to experience travel differently. Shubham believes in making a difference through sustainable and responsible tourism. According to him no hindrance should be too big when you think about travel. Follow him at www.travelshoebum.com

Stok Kangri: Learning How to Dance with Lightning