This is the first time that SpaceX has flown its Falcon Heavy rocket since 2019. Company is now targeting December for the first orbital launch of its Starship spacecraft.

Image for representation purpose only.

SpaceX on Tuesday launched its first Falcon Heavy rocket since 2019 from Florida’s Kennedy Space Center. The rocket carried two satellites for the US Space Force and a set of smaller satellites destined for orbit.

The rocket is now the most powerful operational rocket in the world and can carry twice the payload of its nearest competitor, the Delta IV Heavy.

The success of this launch underscores SpaceX’s commitment to providing reliable and affordable access to space for both government and commercial customers. This launch is a major step forward for SpaceX, and it is hoped that it will pave the way for more launches in the future.

Space Force is an arm of the US military created under former President Donald Trump to oversee most of the Pentagon’s activities in space. Tuesday’s mission was the first time the Space Force has used the Falcon Heavy rocket.

The Falcon Heavy is the most powerful operational rocket in the world, and it was developed by SpaceX, a private company founded by entrepreneur Elon Musk. Space Force’s use of the Falcon Heavy rocket is a sign of the growing role that private companies are playing in the US military’s space operations. 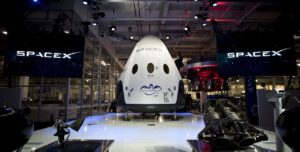 The rocket system took off from a SpaceX launch pad. The three Falcon 9 boosters were strapped side-by-side, providing the extra power needed to lift the payload into space.

The system is designed to be more reusable and efficient than traditional rockets, and it could play a key role in SpaceX’s efforts to send humans to Mars in the future.

This is the first Falcon Heavy launch since June 2019. According to SpaceX officials, the mission was delayed for years by the Space Force. A red Tesla sports car was sent into space as a test payload on the rocket in 2018.

Not long after launch, the side boosters of the Falcon Heavy rocket returned to the circular landing pads. Approximately three minutes after takeoff, Falcon Heavy’s side boosters separated from its core stage in synchrony, diving backward toward land in a supersonic freefall. The side boosters landed safely on their pads while the core stage continued its journey into space.

Eight minutes and fifteen seconds after launch, the first booster returned, and five seconds later, another. Engineers inside SpaceX’s headquarters in Hawthorne, California, erupted in roaring celebration when the two rockets, each about five floors tall, reignited their engines and touched down simultaneously on neighboring concrete slabs, a company live stream showed.

The successful landing marked a key milestone for SpaceX’s efforts to develop reusable rockets, which could revolutionize the space industry by dramatically reducing the cost of launches.

SpaceX will reuse these boosters for the military’s next Falcon Heavy mission, USSF-67. The core booster did not attempt to land, and all of its fuel was used to inject the satellites further into space.

Elon Musk is a business entrepreneur and investor who founded PayPal and Tesla Motors. Musk founded SpaceX and now owns Twitter as well. Musk is originally from South Africa but moved to Canada at age 17 to attend Queen’s University.

Afterward, he earned dual bachelor’s degrees in economics and physics at the University of Pennsylvania. After graduation, Musk moved to California to start his career in the tech industry.

He has since become one of the most successful and innovative business leaders in the world. In recent years Musk has heavily invested in developing Starship. This more extensive and fully reusable rocket will eventually replace the Falcon fleet.

SpaceX to launch Starship in December 2022

According to NASA officials, SpaceX is now targeting December for the first orbital launch of its Starship spacecraft. The launch was originally planned for November but was delayed due to challenges with the development of the spacecraft.

The December launch will be a test flight to ensure that the spacecraft is able to reach orbit and return safely to Earth. If successful, the launch will pave the way for SpaceX to begin transporting humans to and from space on a regular basis. 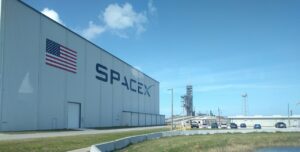 The Starship is a next-generation spacecraft designed to be fully reusable and capable of carrying humans and cargo to Earth orbit, the Moon, Mars, and beyond. This is a huge advantage over traditional spacecraft, which are usually only used once and then discarded.

If all goes well, the Starship could be carrying humans to Mars as early as 2024. The development of the Starship is a key part of SpaceX’s goal to make human space travel more affordable and accessible.

The December mission is crucial for SpaceX as it will test the entire system for the first time. The mission involves a 70m Super Heavy booster to lift the 50m Starship spacecraft into orbit.