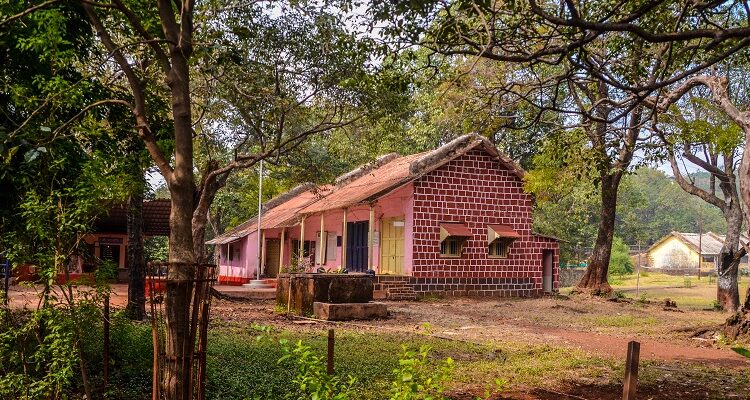 By SURAJ DUTTA
Matheran – as unique as the name sounds, is one of the most serene hill-stations of Maharashtra. Although it is hugely popular among tourists, especially the local tourists from MH, it still retains its old world charm from the British era. The 19.97 km long toy train track that runs from Neral, the closest town to Matheran in the Raigad district to Matheran is in the tentative UNESO World Heritage Sites list. However, impact of the heavy rains in the monsoon season of 2019 ensured that the toy train operation has remained suspended. 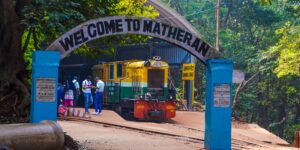 From Mumbai, we made a dash for the renowned Sula Vineyards in Nashik, before leaving for Matheran. Approximately 180kms from Mumbai, Sula launched its first wine in 2000 and boasts of introducing grape varieties such as Chenin blanc, Sauvignon blanc, Riesling and Zinfandel to India.

The Sula campus includes restaurants, tasting rooms, amphitheatre, treehouses and a spa in their resort. The ambience really gelled well with their tag of #UnderTheSulaSun. Visitors can easily embark on a Vineyard Tour where you can learn about the company’s wine production methods. The tour lasts around 20 minutes and is hosted by a wine expert on-site.

The small hillstation was thronging with crowds not from afar as it was considered as one of the favorite weekend getaway for urban residents. Matheran is Asia’s only automobile-free hill station. The red soil had a fragrance of its own. However, the roads are not metalled and are made of red laterite earth. 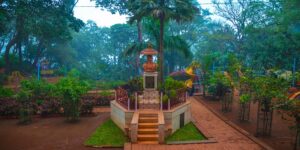 Boasting of about 38 look-out “points” (viewpoints), common sites to visit in Matheran includes the Panorama Point that provides a 360-degree view of the surrounding area and also the Neral town. Louisa Point provides excellent views of the Prabal Fort. Other strategic viewpoints include One Tree Hill Point, Heart Point, Monkey Point, Porcupine Point, and Rambagh Point. But don’t be disheartened with what to cover and what not. If you look to cover about 10-12 principal points, you would most probably cover the remaining points in the process.

You will find a large number of hotels and well-known ones at that in Matheran, as well as old British-style Parsi bungalows. The British developed Matheran as a resort to beat the summer heat in the region. It is also the birthplace of freedom fighter Veer Bhai Kotwal. Motor vehicles are banned in Matheran and most visitors arrive by the narrow-gauge railway on the Neral–Matheran Toy Train. It takes about two hours to reach Matheran from Neral. Tickets however cannot be pre-booked and can only be booked from the counters. The cold breeze and the fresh air devoid of pollution is reason enough for tourists to throng to Matheran all year round. 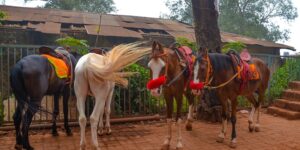 THE ACTUAL MAGIC OF MATHERAN IS EXPERIENCED WHILE EXPLORING THE REGION ON FOOT AND GETTING LOST IN THE BEAUTY OF THE SERENE TOWN. SOME OF THE IMPORTANT TREKKING ROUTES ARE – SUNSET POINT (MOST POPULAR), GARBETT POINT ROUTE, RAMBAUG POINT ROUTE, ONE TREE HILL AND THE VIKATGAD ROUTE (MOST DIFFICULT). 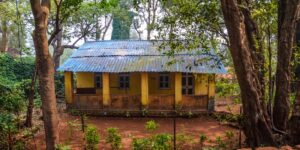 Apt for nature lovers, travelers and adventurous homosapiens who are in search of experiencing the old world charm, a walk along the town site to the various points unveils before you house and huts of various structures, which brings back that awestruck charming old world feeling.

Nestled in the ghats with breathtaking beauty all around the hill station, Matheran has preserved its colonial architecture too well. If you feel the chill, light up that bonfire and feel the warmth. 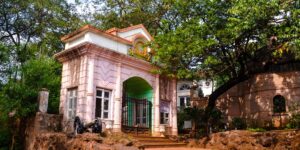 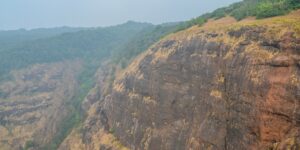 The Western Ghats in Matheran providing an exhilarating view of the red and brown Sahayadri mountainside. 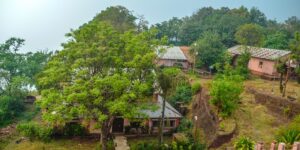 A tour through Matheran would unfold vistas of rustic walks and pristine attractions enveloped in lush green vegetation. It feels as if one is transported to RK Narayan’s Malgudi Days. 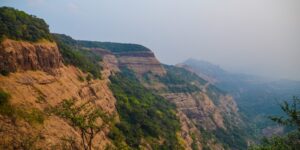 The hilltops after a steady climb presented wide vistas of the Sahayadri ranges. The peculiar red tinge of the soil and rock are a sight to behold. Don’t forget to taste the popular chikkis of Matheran. 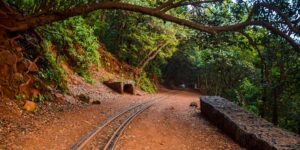 Once you are done exploring the hill town and the various points, you can start back for the town easily by following the well-laid railway trek. No risk associated since the train runs only once, that too in the first half of the day. 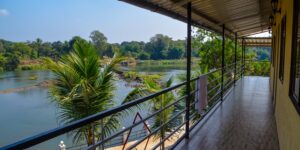 If you have a few days in hand, perhaps it’s a good idea to halt at Neral for a night stay since you can get hotels at very friendly prices with excellent river-view and serene non-crowdy ambience. 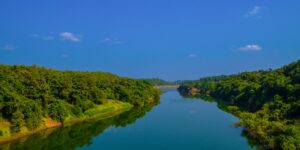 The Ulhas River flows through Khandala valley and interior Karjat. It then flows through Bhivpuri, Neral, Badlapur, Ambernath, Ulhasnagar, Shahad, Kalyan and Dombivli before joining the the Vasai creek and, eventually, reaching the Arabian Sea. 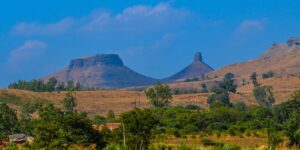 Driving back along the national highway for Indore from where we were to catch our flights, we crossed several mountains afar with a view of the detour to Kalsubai – the highest peak in Maharashtra. I betted that some of the mountains could give tough competition to the Grand Canyons of Arizona, so remarkable were their features. 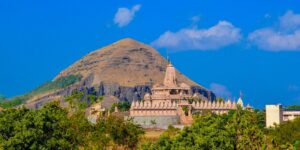 At Indore, we made it a point to visit the popular Sarafa Bazaar. Sarafa boasts of night market with an abundance of mouth-watering street food which is a jewellery marketplace at daytime. A perfect outing site for foodies, the flavours of Indore’s diverse kitchens mingle madly at the legendary Sarafa Bazaar, which comes to life at 8 pm. Started about 100 years ago, it is said that the bazaar was encouraged by the jewellery shop owners so that the noise and bustle would secure their own shops at night. 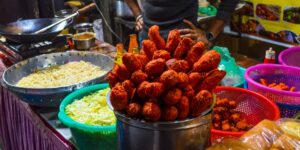 The cheery and medley of festivities on the streets of Sarafa is enthralling – neon signboards strung up on the shutters of closed jewellery shops, colorful well-lit carts breaking up the dark patches, people joyously negotiating their way past large kadhais bubbling with hot oil, and food vendors hastily serving up their mouth-watering fares. Sarafa Bazaar stays open well into the night, fuelling and satiating the city’s irrepressible appetite. It gets nearly 3000 visitors, both locals and tourists.

Thus ended our Sula Vineyard-Matheran-Sarafa Bazaar trip with vivid memories etched in our mind-span. Bored of spending weekends in pubs and discs, you can surely try this nature’s heaven for once. Adios, safe travels!

Suraj ‘Sufi Traveler’ Dutta likes to think of himself as an avid traveller with a sweet tooth for trekking to less explored trails. A lawyer by profession, he was introduced to the unlimited vistas of travelling by means of long distance biking expeditions. Solo biking till date remains his preferred means of travelling and he considers the Enfield Thunderbird as his most prized possession. Trekking to the Everest Base Camp remains at the top of his to-do list.