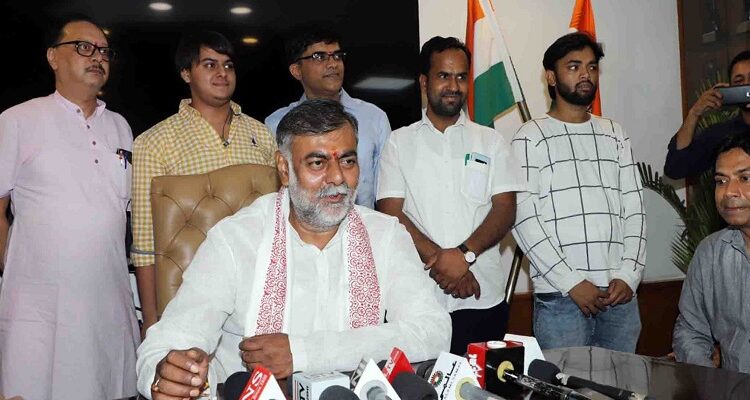 The five-time MP, Prahlad Singh Patel represents Damoh Lok Sabha Constituency in Madhya Pradesh. He has previously been member of several Parliamentary Committees in the 16th Lok Sabha. The 59 year old Minister takes interest in a wide range of social and cultural activities including preservation of Indian culture, development of rural areas, farmers’ welfare and promotion of sports.

Addressing media persons, soon after taking charge, Prahlad Sing Patel said the Ministry will work to fulfill the Prime Minister’s vision of ‘New India’ by simultaneously investing in strengthening our cultural roots and promoting the tourism sector. The Minister also added that “India is a large country and its cultural might is no less”. This vast cultural diversity of the country itself is main cause of attraction for tourists. Further, the Minister said the works which were done in the last five years shall be taken forward at a much greater pace and in time bound manner. Being a highly employment generating sector, the proper branding/promotion of the country’s culture and tourism is required and for this the Minister sought support from all stakeholders.