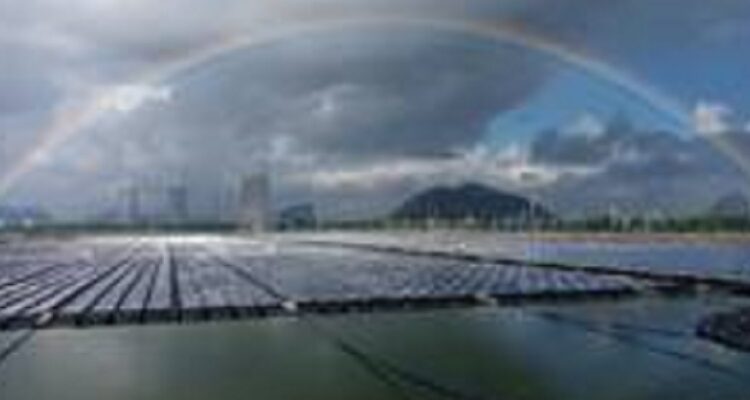 NTPC has awarded a project of “Standalone Fuel-Cell based Micro-grid with hydrogen production using electrolyser in NTPC Guest House at Simhadri (near Visakhapatnam)”. It is India’s first Green Hydrogen based Energy Storage Project. It would be a precursor to large scale hydrogen energy storage projects and would be useful for studying and deploying multiple microgrids in various off grid and strategic locations of the country.

The hydrogen would be produced using the advanced 240 kW Solid Oxide Electrolyser by taking input power from the nearby Floating Solar project. The hydrogen produced during sunshine hours would be stored at high pressure and would be electrified using a 50 kW Solid Oxide Fuel Cell. The system would work in standalone mode from 5PM in the evening to 7AM in the morning.

This unique project configuration is designed in-house by NTPC. It is a unique project for India and would open doors for decarbonising the far-off regions of the country like Ladakh, J&K etc., hitherto dependent on diesel generators. The project is in-line with the vision of Prime Minister Narendra Modi for becoming carbon neutral by 2070 and making Ladakh a carbon neutral territory.