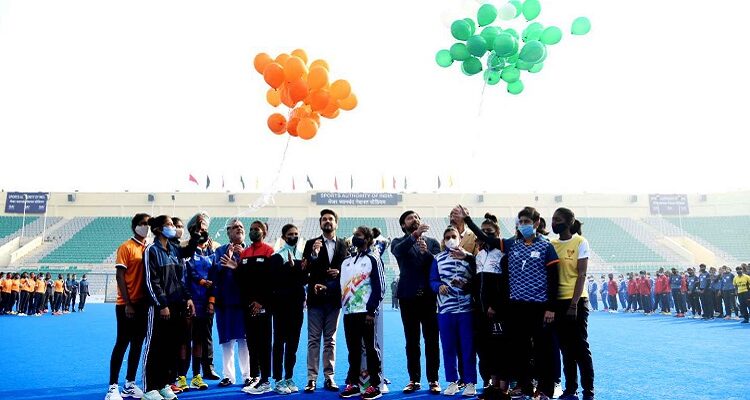 Delhi: Union Minister of Youth Affairs and Sports Anurag Singh Thakur formally inaugurated the first-ever national level Khelo India Women’s Hockey League (Under 21) at the Major Dhyan Chand National Stadium in New Delhi on Wednesday. Thakur was joined by Minister of State for Youth Affairs and Sports Nishith Pramanik and the Indian Olympic Association President Narendra Batra and other dignitaries. The league holds a cash prize of Rs 30 lakh for the winners, 15 lakh from MYAS and 15 lakh from Hockey India. 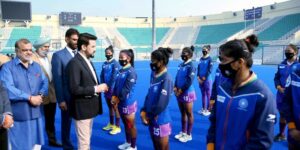 A total of 14 teams are competing in the first phase of the tournament to be held from December 15 to 21. As many as 42 matches will be played during the first phase, while the second and third phase will be held early next year. 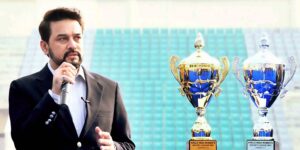 Congratulating the Sports Authority of India and Hockey India for jointly organising the first-ever national level Khelo India league, Thakur spoke of the importance of these leagues and said, “All our athletes train very hard through the year, but it is very important for athletes to also get enough competition exposure if they have to prepare themselves for bigger competitions in the future. Therefore, having leagues of this kind, that give athletes competition exposure throughout the year, is crucial.”

Thakur said that going forward, leagues for other sports disciplines will also be held. He also mentioned that after 2015 this is the first big programme being held at the Dhyanchand stadium and welcomed the players to the iconic venue.