Rs 30.76 crores sanctioned for the wrestling academy at Kishanganj. The academy would be the biggest in the country equipped with advance training facilities.

Delhi: Indian Railways will establish a World Class Wrestling Academy at Kishanganj, New Delhi. The railways have sanctioned Rs 30.76 crores for the academy.

The wrestling academy is in line with the vision of Primer Minister Narendra Modi to provide the best sports facilities to sportspersons. The academy at Kishanganj will be exclusively for wrestling. 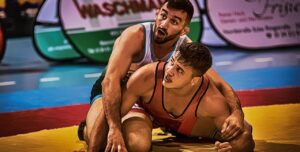 Indian Railways have been instrumental in promoting wrestling in the country, and most of the acclaimed wrestlers are from railways. The majority of India’s Olympic wrestling medals came from Indian Railways, including Sushil (2008 &2012), Sakshi Malik(2016), Ravi Kumar, and Bajrang (2020).

The performance of Indian Railways athletes at the just-completed Tokyo Olympic 2020 was outstanding.

Out of seven medals won by India, three Individual medals were won by the railways’ sportspersons.

The Railway Sports Promotion Board (RSPB) of the Indian Railway contributes significantly in promoting sports in the country. Railways have aided many athletes by providing employment security and numerous incentives.

Co-founder The Traveller Trails || Journalist || Author || Graphic Designer. Rupesh Kumar is an accomplished Journalist, Author, Graphic Designer, and Strategic Thinker. He has worked with scores of news and sports channels in India and is an expert in crafting engaging & informative content.