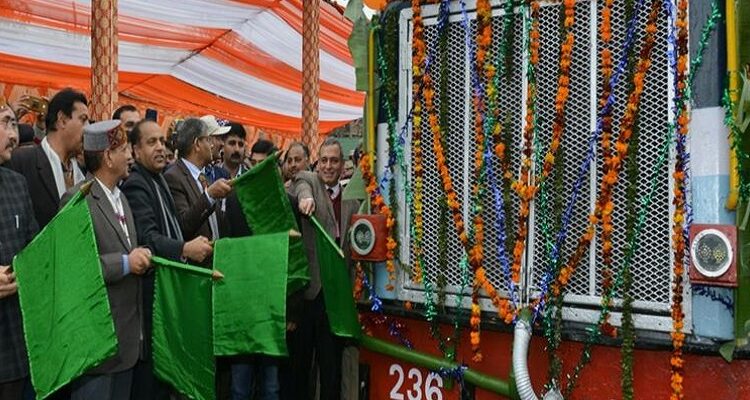 While addressing the gathering on the occasion, Chief Minister said that this express service will not only help faster transportation to the local public but also encourage tourists to visit this region. He said that now the express train will cover the distance between Baijnath Paprola and Pathankot in 5 hours 5 minutes which otherwise took nearly 7.15 hours to cover the same distance. He said that this would make the travelling by train more attractive and timesaving.

Jai Ram Thakur said that efforts would be made to ply big train on this track and the matter regarding upgradation of the track would be taken before the Union Railways Ministry. He said that all the major stations have been provided Wifi facility to facilitate the commuters. The consultancy work for providing heritage look to Kangra station has been awarded which will be completed by 10 March, 2019. He said that steam run between Palampur-Baijnath for children has been done.

Divisional Railways Manager Vivek Kumar said that this express train would give a new boost to the tourism development in the region. He said that all the trains plying on this section has been refurbished so that the tourist could enjoy the scenic beauty of the area. He said that Heritage gallery has been constructed at Palampur Station. He said that Steam Heritage Train was also plying between Palampur and Baijnath for attraction of the tourists. He said that out of the total 26 main stations, all the 15 station between Pathankot and Jogindernagar Section have been provided free wi-fi facilities.