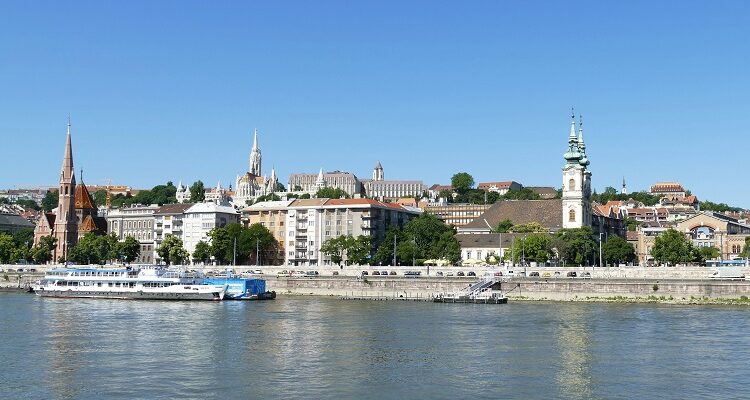 Often described as the “Little Paris of Middle Europe”, Budapest is famous not only for the monuments reflecting its own one thousand year-old culture, but also for the relics of others who settled here. Remains from both the Roman occupation and the much later rule of the Turks can still be seen in the city.

The capital has two sides, Buda and Pest, two large towns, stretching along the banks of the Danube, a source of inspiration for many artists, representing two different characters of the city, that became a single city in 1873. It is currently one of Europe’s most important capital cities. Suburban Buda and its historic castle district offer medieval streets and houses, museums, caves and Roman ruins. The dynamic Pest side boasts the largest parliament building in Europe, riverside promenades, flea markets, bookstores, antique stores and café houses, and is the commercial and financial heart of the city.

Budapest has a lot to offer. There is an unmistakable feeling that something out of the ordinary is just around the corner, but what it will be is up to you to find out.

Budapest Castle District
Buda Castle sits on the south tip of the Castle Hill. It is bound on the north by what is known as the Castle District, which is famous for its medieval, Baroque and nineteenth-century houses, churches and public buildings. Buda Castle is a part of the Budapest World Heritage Site, so declared in 1987. 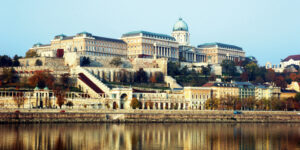 The easiest and least crowded way to enter the whole complex, is to get up to the Vienna gate, on the northern end of the Castle hill. Vienna Gate is just a small walk from the Szell Kalman Square, where you can get the Castle Bus that keeps touring the Castle District.

To reach back to the foot of the Chain Bridge, the best way is to walk back down, or if you want to enjoy some panoramic views of Budapest, while going down, you can take the funicular.

Behind Matthias Church (as you look toward the Danube) is Budapest’s most famous lookout point: Fishermen’s Bastion which is almost hundred years old. In medieval times, the fish market was nearby to this site. The bastion was built to commemorate the fishermen who protected this part of the city. The seven tent-like turrets symbolize the seven Hungarian tribes that arrived at the Carpathian Basin in 1896.

To see the Fisherman’s Bastion at its best, head down the spiralling stairs to the park below to catch a view of the spectacular lookout from below, before heading up again. The lookout towers, provide one of the best panoramic views of Budapest, and you can spot not only the Chain Bridget but also the Hungarian Parliament.

Szechenyi Chain Bridge
Spanning 380 m in length and 14.8 m in width, the Chain Bridge is one of the best-known landmarks of Budapest and connects Széchenyi Square on the Pest side to Clark Ádám Square in Buda, crossing the Danube. 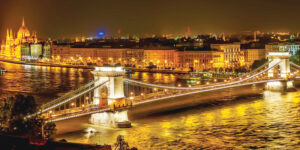 Walking across the bridge offers an amazing view of the Hungarian Parliament, dominating the riverside in Pest, and the Castle hill towards the Buda end. 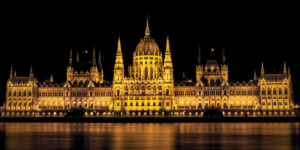 St Stephens Cathedral
St. Stephen’s Basilica is the largest church in Budapest, and the third highest church in Hungary. It can hold up to eight thousand five hundred people and is not only one of the most important churches in Hungary, but also a tourist attraction of repute. 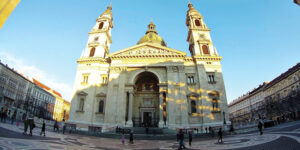 Built in the Neo-Classical architecture, the façade is anchored by two large bell towers. The southern tower is home to Hungary’s biggest bell, weighing over nine tonnes. One of your most memorable experience shall be the panoramic view from the top, which can be accessed by elevators or by climbing three hundred sixty-four stairs. 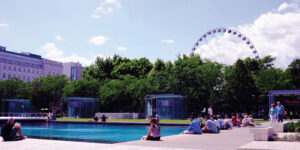 With a capacity of hosting three hundred thirty people in its forty-two cars, and standing at a height of sixty-five metres, this giant mobile Ferris wheel, located in Erzsébet tér, was inaugurated in April 2015. It offers fantastic panoramic views of Budapest. The wheel is lit up with over ten thousand coloured lights in the night sky, and is a beauty to admire.

Great Market Hall
If you are thinking about food, souvenirs, wine, paprika – there’s one place where you get it all, under one roof, and that’s the Great Market Hall. It is the largest and oldest indoor market in Budapest Hungary, located on the Pest side of the Liberty Bridge. 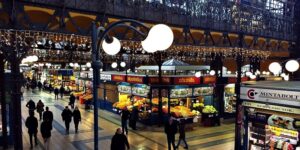 You can find all sorts of meat products, paprika, fresh vegetables and fruits, Tokaj wines, Palianka, candies, and various spices on the ground floor. Go one level up, and you’ll find yourself surrounded by a variety of souvenirs, and the smell of yummy food pulling you towards it. A definitely must try is the Langos.

The famous Ruin Bars– Szimpla Kert
In the early 2000s, the inner part of the VII District was made up of abandoned and crumbling buildings. Once the site of the Jewish ghetto, the historic Jewish Quarter became dilapidated in the decades following World War II, after the deportation of ten thousand Jews. In 2002, the guys behind Szimpla opened up the very first venue on Kertész utca – where you’ll find the Szimpla Café today. Szimpla Kert, located on the bustling Kazinczy Street in downtown Budapest began as a small experiment as a bar set up in an abandoned building offering affordable drinks for the young and creative crowd in Budapest, is the mother of all ruin pubs now. Szimpla not only became the hottest place to party, but it also set a trend and a movement for alternative spaces. Szimpla became a bohemian hub after the crumbling building got spruced up with local design and vintage, mismatched furniture, and is now one of the world’s most famous bars. 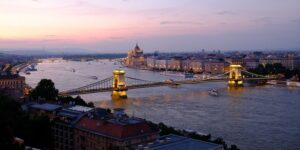 A lot of these places are in walking distance of each other. While the Budapest Castle District, Fisherman Bastion and Matthias Church lie on the Buda side, the remaining of the attractions lie on the Pest side, which is connected to Buda through a number of bridges like the famous Chain Bridge or the Elizabeth Bridge.
While the free walking tours take you to all these places of interest, but the walking tour by Absolute Tours goes a step ahead, and takes you to the Heros Square and a sampling of the traditional strudels is also included, which adds to the experience of a vintage city.

A Civil Engineer by qualification, Arnav quit his job to pursue his passion for travelling. Being an Army brat by birth, travelling and socialising is in his DNA. His belief is: “Go to a new place every now and then to ‘Eat Travel Live’ and then Repeat the cycle over and over again. He is now learning more about his passion of travelling by pursuing a Masters in International Tourism Management from one of the elite universities in the UK. You can read more of his blogs on the ETLRblog.

Zimbabwe: Through the Eyes of a Traveller