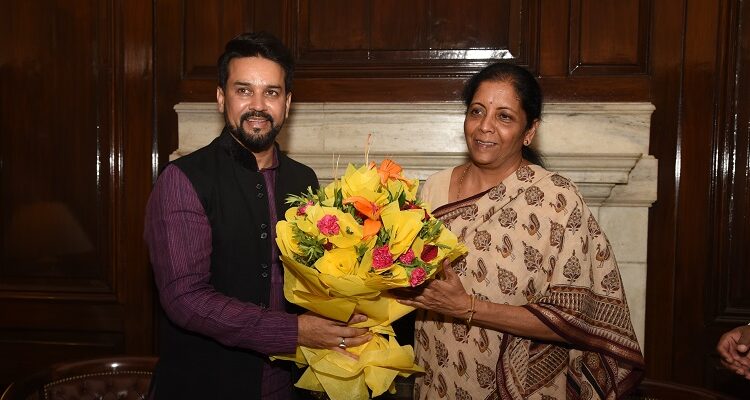 Anurag Thakur was greeted in his North Block office by Revenue Secretary Ajay Bhushan Pandey, CBDT Chairperson Pramod Chandra Mody and CBIC Chairperson Pranab Kumar Das besides many other senior officials of the Ministry of Finance.

Anurag Thakur was the President of the Board of Control for Cricket in India (BCCI) from May 2016 to February 2017. On 29 July 2016, Shri Thakur became the first serving BJP Member of Parliament to become a regular commissioned Officer in the Territorial Army. Shri Thakur has done his bachelors education from Doaba College, Jalandhar, Punjab.