UAE Keen to Invest in Food Processing, Tourism and Infrastructure sectors in HP 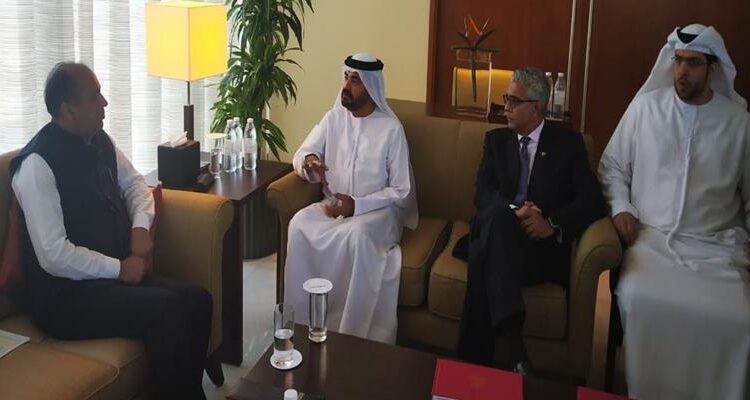 Jamal said that UAE was looking at India for investment in food processing, logistics and infrastructure. He appreciated that currently India and UAE are doing 60 billion dollar trade and the UAE Government was endeavouring to make it to 100 billion dollars. He said that the Government of UAE was investing in infrastructure and explained about surplus sovereign funds of UAE and how UAE was looking at possible investment opportunities. He explained about various investments in Abu Dhabi and Dubai area and also confirmed that UAE would participate in Global Investors Meet being held at Dharamshala in Himachal Pradesh.

Chief Minister also met Chief Executive Officer Jafza and DP World Mohammed Al Muallem. Muallem said that his group was seriously looking forward to invest in Himachal Pradesh particularly in the areas of logistics and transportation besides export and import of agriculture and horticulture produce.

Several MoUs were signed in the presence of the Chief Minister between State Government and different entrepreneurs. Delegation of the State also held a meeting with CEO Nilgiri Trading Chandershekhar Bhatia. MoU was signed between the state government and Nomisma, Banking and Financial Advisory, Nilgiri Trading for development of luxury resort with prime focus on destination wedding for an amount of Rs. 1000 crore.