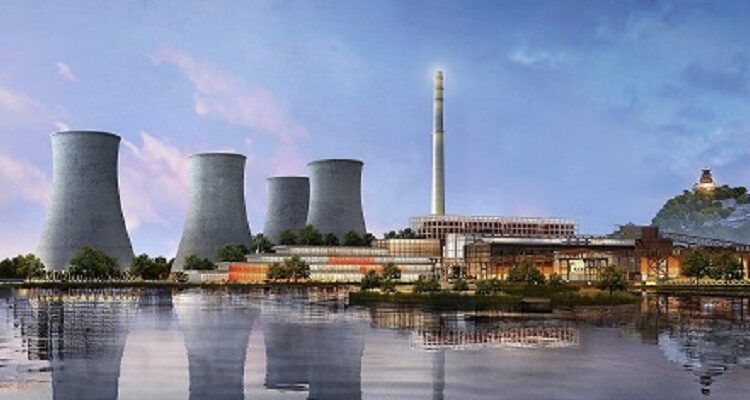 The hotel project is located in the central area of Shougang Park and boasts spectacular views of Shijingshan Hill and Qunming Lake. Shougang Park is a familiar local landmark with over 100 years of history. The hotel is closely connected to the grand ski ramp of the Winter Olympics and the training center of the National Teams, known as the “Four Ices”, for ice hockey, figure skating, speed skating and curling.

The new project development will incorporate modern designs and green concepts into the heritage industrial estate. It is scheduled for completion and operations at the end of 2021. The hotel will be designated as the Official Hotels of Beijing 2022 Winter Olympics and it will host the Olympic event reception.

Commented Zhang Gongyan, Chairman and General Manager of Shougang Group: “Beijing Shougang Park has deep roots in the city. The Shougang Group started operations here a hundred years ago and it has played a key part in China’s modern industrial development. It is now our time of unprecedented opportunities; we are supporting the Winter Olympics, involved in ecological and heritage conservations and business transformation projects. Shougang Park is regarded as the new landmark of the capital city’s revival and an important service provider for the Beijing Winter Olympics. Our partnership with Shangri-La Group will allow us to not only boost Shougang Park’s role in the Beijing Olympics but I am confident that together we can raise the bar to contribute even more to the city’s growth.”

Hui Kuok, Chairman of Shangri-La Group said, “Beijing continues to be a very important market for Shangri-La Group. We are committed to deepening our investment and to be part of Beijing’s renewed growth plans. We are also deeply honoured to partner with Shougang Group and bring our unique brand of Asian hospitality services and products to the partnership. The Beijing 2022 Winter Olympics will be a historic occasion for the host city of Beijing and equally for us at Shangri-La as we open our doors to welcome the international sports community coming for the Games.”

Wang Yue, Deputy Chief of Beijing Culture & Tourism Bureau and Ke Yongguo Deputy Head of Shijingshan District Government also recognised the partnership between Shougang and Shangri-La as a win-win collaboration. It is expected to build strong mutual trust and to bring much benefit to the two companies as well as to contribute greatly to the development of Shijingshan District and the economic growth of Beijing.

Etihad Guest Members Can Now Use Miles to Bid on Upgrades