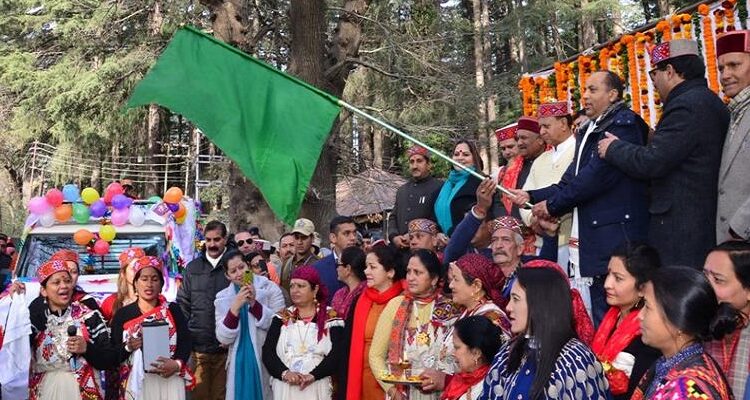 He said that the State Government was committed to promote Manali town as the favourite tourist destination of the country as well as world. He said that efforts would be made to create adequate infrastructure in Manali town so that local and tourists could be facilitated immensely.

Chief Minister said that it was heartening to know that over 153 Mahila Mandals and other NGOs of the area participated in the procession based on different important issues such as cleanliness, drug abuse, Gau Sanrakshan, women empowerment, awareness regarding female foeticide and environment conservation etc. He said that the messages were not only vital but emphatically presented by the women for which he congratulated the participants.

While appreciating the spirit of the people of Kullu district for being passionate in preserving and conserving the rich cultural repository of the district, Jai Ram Thakur said that Kullu district was not only a culturally rich district, but the culture was also diverse and vibrant. He said that he was proud of the Pahari culture and tradition and was committed to promote and preserve the same.